Could the BeReal app turn out to be useful for companies?

BeReal is an application created to return to the original mission of social media, which was to share real life. The present nature of creators' activities on the leading sites has significantly shifted from the aforementioned goal. We live in an era where image and lifestyle are uplifted in every possible way to impress the receiver with the content they view by scrolling through the feed. The problem is that the image presented can differ significantly from reality, which has far-reaching side effects. Young people fall into insecurities, comparing their lives and appearance to the idealized image of their favorite influencer on Instagram. BeReal may turn the solution to this issue. In this article, we will explain how the app works and consider whether it can be used in employer branding.

The app was released in 2019 in France by former GoPro employee Alexis Barreyat and Kévin Perreau. Over time, it has spread around the world. Currently, it has well over 10 million downloads on Google Play. As of 27.12.22, it ranks 4th in the App Store's free social networking apps ranking, positioning itself between Facebook and Discord, with average ratings hovering around 4.5/5. 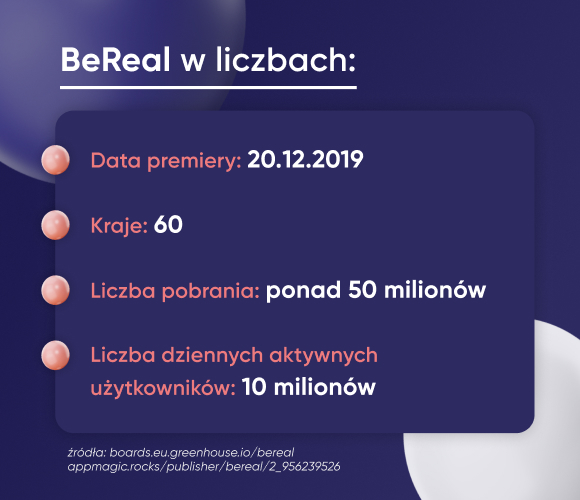 The Be Real mechanism of the app is simple and, yet fascinating. During the day, the user gets an “It's time to be real” notification, informing him that it's time to take a photo. It will be taken automatically from both the front and rear camera, capturing the image without using any filters. The content is shared with friends or (with permission) to all users. They can express their reaction through Real Emoji by snapping a photo that shows a particular face or gesture like a thumbs up.

What are the benefits of BeReal?

The answer to this question is simple. It's a very useful trend in the development of the Internet, thanks to which we get the truth and not over-colored fiction. Younger users of social networks are not always aware that the content they receive is the product of graphic and PR teams' work. Comparing their lives with an idealized model can lead to cognitive dissonance – “why is my life so different from my Instagram favorite?”.

With BeReal, the influencer has zero ability to manipulate the target audience. On the

positive side, the creator may find that followers will like him as he actually is rather than his idealized social media image.

Can BeReal have its uses in employer branding?

Employer branding is a set of activities designed to build a positive image of an employer. We asked ourselves whether this type of application would adapt in this area? Companies widely use all leading social media. Even TikTok, which started with funny shorts, over time has become a great space for customer outreach, which has resulted in massive actions by brands on this platform. What value can flow to employers from the BeReal app?

According to smaller entrepreneurs, the app will be a fantastic way to advertise themselves. Showing their everyday life and authentic face, it will provide opportunities to gain many customers and business partners. Recipients will be curious to check the “background” of what the author shows online. If what is presented in BeReal is consistent with the image on other platforms, then trust can be gained, which is one of the pillars of running a company.

A separate group, where employer branding is most common, are larger brands. Corporations spend huge amounts of money to make their online image as perfect as possible, portraying their company as employee-friendly. In practice, however, as in the case of influencers, the image can differ significantly from reality. Corporations are sometimes far from perfect in this area. 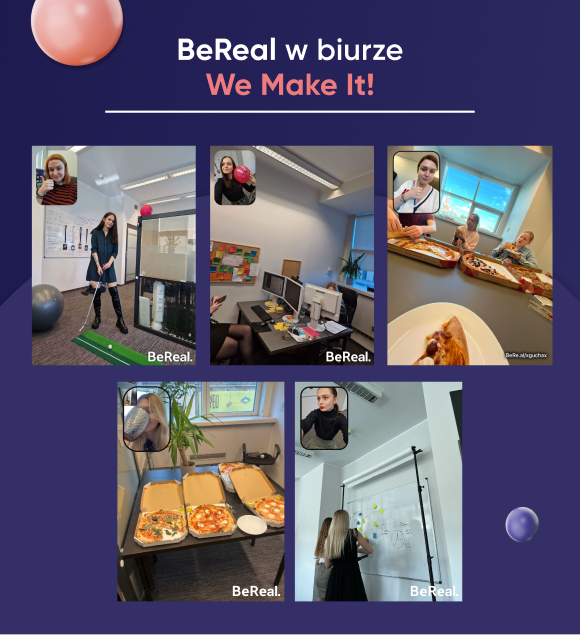 BeReal used by employees, could be the best showcase of the workplace. A randomly taken photo showing them going home moments after 5 PM would prove that staying late at work is not necessary. Capturing a team meeting, where the team is analyzing a marketing strategy for a client, performing brainstorming, could elicit positive feelings from the viewer. It's not the object itself, but the randomness in capturing ordinary activities at work that would be the app's greatest value.

In conclusion—is the truth the best promotion?

BeReal is an application that deserves attention because of the mission it fulfills. It is worth implementing in employer branding. The object of the audience's interest is the world on the other side of the screen, which is authentic, without beautification. Followers appreciate truthfulness and reward it with their reactions. It also reduces the risk of problems in the form of dissatisfied employees who, encouraged by the company's social media image, start work, only to encounter later something entirely different from what they expected. The truth defends itself, especially in business. BeReal is a fascinating direction in the development of social media. Using it for employer branding would be an interesting solution. It is already worth becoming part of a trend that will reach the popularity of TikTok in a year or two. 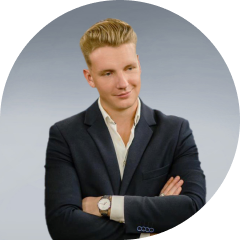